(COVID-19) In support of manufacturing supply chains and healthcare sectors, all Astro Pak facilities are open and providing continuous service to our customers. Click here for more information.

Astro Pak is pleased to announce the expansion and relocation of its Southern California Field and Shop Services office to its new facility in Ontario, CA. Since 1974, the company’s field operations have been based on a 4.5 acre site in Downey, CA, alongside its cleanroom services. Even as Astro Pak has expanded its nationwide presence over the decades, both Southern California divisions continued to grow to meet the demands of local clientele including biopharmaceutical leaders and aerospace giants. Following a doubling of its cleanroom facility in 2003, Astro Pak moved its corporate headquarters to Costa Mesa in 2006. In 2012, the cleanrooms doubled in size yet again to 24,000 square feet. Since then, increasing demand for both shop and field work made it clear that a separate location was needed.

The new facility, located at the junction of the 10 and 15 freeways, allows for easy access to clients throughout the Southland as well as in adjoining states. The 15,822 square foot facility sits on 1.25 acres and offers room for the entire fleet of service vehicles as well as more floor space indoors for shop work, including dedicated areas for mechanical and electropolishing operations. 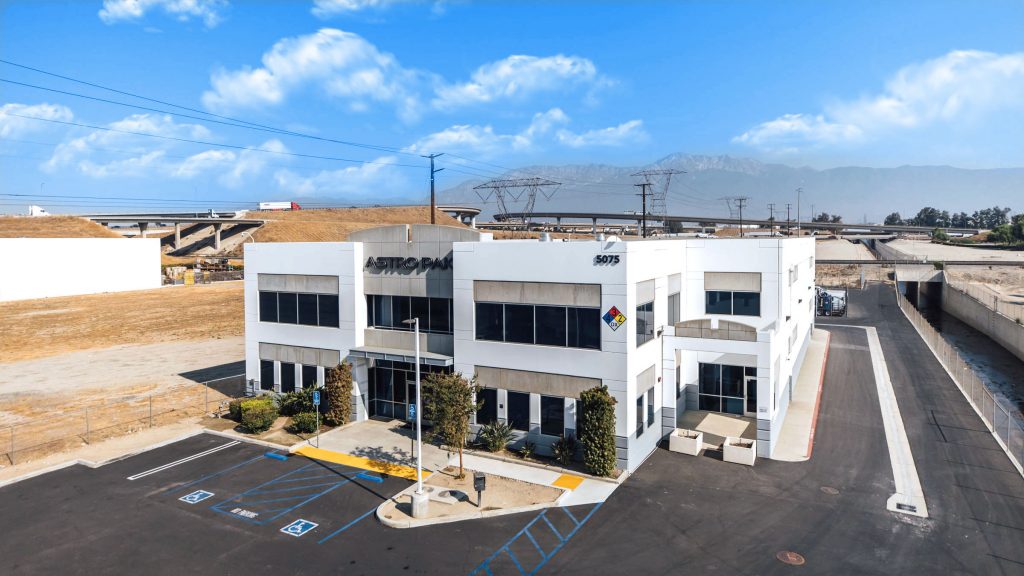 The heart of the new facility is a greatly expanded shop area, four times the size of the Downey, CA shop, for processing the majority of hardware indoors. A 5-ton bridge crane has been installed which straddles the two 35ft x 30ft processing areas doubling the capacity of that at the former location, allowing large tanks or pipe sections to be moved easily. Additionally, to meet the critical drying requirements of the parts and equipment to be processed at this facility, a 1,500-gallon liquid nitrogen tank has been installed on-site.

At a site that performs chemical cleaning processes, ensuring safety and a safe environment was a foremost concern. To that end, systems for the proper storage, handling and utilization of chemicals have been installed and designed to meet or exceed applicable regulations. Tom Tate, Astro Pak’s Vice President of Western Region Field Operations, credits his team for “their vision, ingenuity and dedication to creating a facility that will make us more efficient than we have been able to be.” The 30 technicians and support staff have begun operations from the Ontario location this month. Mr. Tate is enthusiastic about the facility saying,

Our new Ontario shop allows us to handle larger and more complex hardware. We are excited to be able to serve our customers at a new standard of excellence.