In the 1950s and 60s, Émile Peynaud began working on providing scientific explanations for many of the challenges wine makers faced. A professor of oenology (one responsible for the chemistry and biology of winemaking (also “enologist”)) at the University of Bordeaux, Peynaud challenged long-held traditions. He pushed vineyards to pick grapes up to two weeks later so that they were at the height of ripeness. He also introduced the now-common practice of crushing and fermenting wines in batches based on factors such as vineyard, the age of the vine, and any other conditions that might affect the grapes’ flavor.

Most significantly, less than a century after the first true stainless steel alloys were produced, he advocated for a cool fermentation process taking place in stainless steel tanks. His recommendations were resisted at first, but as his new processes produced better wines year after year, they were soon adopted and Professor Peynaud was a highly sought consultant for vineyards around the world.

Because of the high level of alcohol present in the wine, bacteria that could be harmful to humans is unable to survive. As a result, very few – if any – winemakers document their tank cleaning process as part of their compliance with the FDA Food Safety Modernization Act (FSMA). However, that doesn’t mean that a stainless steel fermentation system can be operated on a “set it and forget it” basis. Wineries clean their tanks and piping between batches. And because chlorine is the number one cause of wine-ruining “cork taint” they avoid using bleach as part of the cleaning process. This prevents damage to stainless steel’s protective passive layer. It’s also worth remembering that most municipal water systems contain chlorides so purified water is required to mitigate that threat.

However, this doesn’t avoid corrosion from other sources. The chromium oxide (Cr2O3) is still degraded by the same acidity in the wine that kills off bacteria. If left untreated, the microscopically thin passive layer can be damaged to the point that the underlying, iron-rich metal can come in contact with the wine. This may impart an undesirable flavor to the wine, while the metal itself starts to corrode.

In addition to the tartaric, malic, citric and lactic acid which are part of the wine-making process, there is an additional acid which is highly corrosive over time. Fining agents and preservatives can create excess sulfur dioxide (SO2). Eventually, if left untreated, any form of corrosion can cause the metal itself to fail. Even if it is caught in time, the area will need to be repaired  and re-passivated before the system can be put back into operation.

Additional risks can come in the form of a biofilm or from the addition of oak staves or chips to the wine as part of the aging process. In the former case, biofilms often develop as part of the malolactic fermentation process. If not removed during the cleaning process, they can continue to grow and expand upon the inner surface, both degrading the passive layer as well as serving as a “safe harbor” for biological contaminants. Meanwhile, oak staves can impact the tank’s surface and physically damage the passive layer, once again providing the opportunity for the iron-rich metal to interact with the acidic wine.

During the process of flipping a tank between batches, some wine makers will use commercially available passivation chemistry to re-passivate the interior of their tanks and pipes. However, these off-the-shelf solutions very rarely achieve more than a 1-to-1 ratio of chrome to iron which is barely sufficient. As cleaning and passivation is frequently little more than an occasional task for the in-house workers, it is understandable that the cleaning may not be perfect. Additionally, the chemistry being used involves health and safety risks that have to be addressed.

This is where a professional precision cleaning service, such as Astro Pak comes in. Since the technicians are intimately familiar with the intricacies required to clean a fermentation system, thoroughly, they can ensure that the system is properly cleaned. Not only will the system be cleaned with purified water and effective chemistries and processes, but the system will be completely rinsed until only pure water is detected.

Additionally, a regularly scheduled passivation service as part of a cleaning schedule can strengthen the passive layer up to as high as a 2-to-1 chromium to iron ratio which will lengthen the service life of the equipment and reduce operational costs. This process involves a proprietary chemical that is safe for the equipment, adjacent spaces and more importantly the safety of the winery’s staff.

Astro Pak technicians will do all of this with minimal disruption to other operations and will document every step to ensure compliance with current Good Manufacturing Practices (cGMP) and current Good Documentation Practices (cGDP). This relieves the burden upon a winery’s front office and allows the winery to focus on what it does best – making fine bottles of wine. 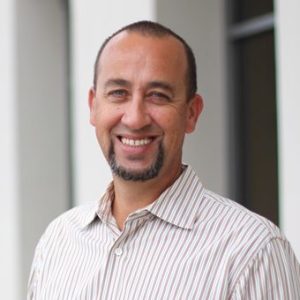 Robert Schuck currently serves as Sr. Technical Sales Manager for the Southwest & Northwest regions. With over 10 years at Astro Pak and former employment in pharmaceutical sales, he has amassed a wealth of knowledge in precision cleaning, passivation, cleaning for oxygen service, and bioburden remediation. His expertise in these areas have proven to be invaluable to both internal and external customers, addressing immediate needs along with achieving long term goals. Recently, Robert was appointed as Vice President of the International Ozone Association (IOA) Municipality Committee and continues to play a leading role in the development of Astro Pak’s Lunch & Learn technical training program. He is known for his servant leadership approach and desire to meet then exceed expectations, earning him the status of a trusted advisor amongst his colleagues and customers.