Beverage and other liquid food manufacturers are very focused on taking steps to ensure both the purity and flavor of their product during its production. However, that need for vigilance does not end once the liquid gets loaded onto a bulk liquid tanker truck or trailer.  The same risk factors for contamination or chemical interaction that can occur within the production facility are also present within the stainless steel tanks moving the liquid down the road to its next destination such as a bottling or filling facility.

While a temperature change can certainly spoil a product, the biggest risks come from contamination. The presence of foreign objects is essentially introducing an unwanted extra ingredient into the food item in a completely uncontrolled manner. The most obvious threat are leftovers from a previous cargo. If the tanker is used to transport a variety of liquids, such as with a contract carrier, the inability to sufficiently clean the interior can result in unexpected ingredients becoming mixed in. Such unwanted ingredients can include allergens, which poses a consumer safety risk.

The other, much less obvious source of contamination, comes from the stainless steel structure of the tank itself. As we have previously noted in our blog, stainless steel is not corrosion-proof. Rather, it is corrosion resistant thanks to a chemically-inert chromium-oxide “passive” layer that helps to minimize or reduce the interaction between the metallic surface and  the liquid it contains. While this layer is naturally occurring, to provide minimal protection it can be further enhanced and strengthened through a process known as chemical passivation.

Any acidity or chlorides in the liquid can degrade and break down the passive layer. Over time, this can eventually create pits on the metal’s surface. While this is bad enough for the long-term durability of the tanker, it can be exceptionally problematic for every product batch that is transported in a tanker with a damaged passive layer.

A surface roughened by pitting becomes harder to clean thus creating a triple-threat situation for any liquids being transported:

That first item falls under the “leftovers” category mentioned earlier. Organic residues can include bacteria or mold which will likely grow, feeding off the nutrients in the cargo. And the third category, inorganic solids, includes rust from the corrosion of the tanker’s structure.

Rust can certainly alter the appearance and flavor of the liquid. However, sufficient organic surface contamination can lead to conditions ranging between “ruined flavor” and “toxic adulteration”. In such a situation, the “least worst result” would be spoilage and loss of the tank’s contents. At the other end of the scale is a full product recall and the resultant PR nightmare.

Alcoholic beverages, such as beer, are at higher risk of both being the cause of the problem and being ruined because of it. Organic acids in beer, for example, may interact with any non-passivated steel it comes into contact with, and any remaining yeast could stick to the tank’s interior after an insufficient clean-out. This could trigger further fermentation in the next load of beer and alter the flavor. Any rust generated or already in the tank could shed iron, causing the beer to go stale prematurely. Even the carbon dioxide dissolved in the beer, a natural part of the brewing process, will attack the passive layer over time.

Unsurprisingly, a thorough cleaning of the tanker’s interior surface between cargoes is the primary method towards ensuring the integrity of the product and safety for the consumer. To this end, ensuring that the tanker’s interior is properly cleaned and passivated is the first and most essential step. A thoroughly passivated tank will reduce interaction with its contents Additionally, another beneficial step includes  electropolishing, which will provide a smooth surface finish that is easier to clean and makes it more difficult for debris to cling to the surface, or other potential corrosive conditions to occur.

Passivation is not a substitute for regular cleaning and even the most rigorous cleaning regimen will not replace proper passivation. When a tanker arrives from the manufacturer, its interior is not passivated and it may still contain fabrication residue. Once a thorough cleaning has been conducted to make sure that any debris and residue is removed, the passivation service must be performed by crews who are trained in the proper methods of ensuring that the entire interior is treated. In some cases, those same crews will also need to be trained to work safely in confined spaces. Prior passivation technologies required the use of very hazardous nitric acid, posing elevated risks to workers, the environment and had a damaging effect on rubber gaskets. Current technology, utilizing chemical blends that include citric acid, under the correct conditions can achieve even better results.  An additional benefit to citric acid solutions is that  they are safer to the personnel performing the passivation and are a more eco-friendly chemistry. Moreover, it achieves a passivated surface in hours, rather than a full day.

The very size of these trailers makes the cleaning and passivation processes a challenge. At 45’ long, 8’ wide and able to contain 6,000 gallons, a tank trailer takes up a lot of room. A cleaning process is only as good as the environment it is performed in. Some operators require heightened levels of cleanliness due to the purity standards of the cargo being transported. For such elevated standards, a washout in a parking lot will simply not do.

In an unusual case where the cargo required heightened levels of cleanliness, a controlled environment was required. The client initially suggested building a dedicated permanent structure that is capable of enclosing both the trailer and the cleaning equipment. However that would represent an increased investment in both money and space as it would require at least a 50’ x 20’ footprint. And then there are the challenges of maintaining the desired level of cleanliness every time the doors are opened to move the trailer in or out of the work area. Astro Pak faced this particular situation on behalf of a client which required that the cleaning be performed in a “dust-free controlled environment.” Rather than build a hard-sided structure which would require a thorough cleaning of every interior surface any time a trailer was brought in, they commissioned an inflatable work area. This solution provided a positive-pressure environment to reduce dust intrusion. It also included a built-in airlock for the crew to enter and exit.

The entire enclosure was big enough to enclose a gantry which the three-man entry team used to enter the tank through the port on the top. Using this method, Astro Pak was able to maintain a Class 100,000 environment while cleaning, electropolishing and passivating the interior as well as drying it completely. Other technicians cleaned and passivated smaller components, replaced gaskets and other elastomeric parts in an adjacent mobile clean room. All the while, this operation was overseen by the client and their customer with each step and component certified along the way. In the end, the Astro Pak team’s solution exceeded the customer’s expectations.

While this was a novel solution to a particularly unique challenge, it shows that Astro Pak is more than equipped to take on the more typical situations and ensure that a trailer is ready to protect its future cargos from the moment it is put into service. 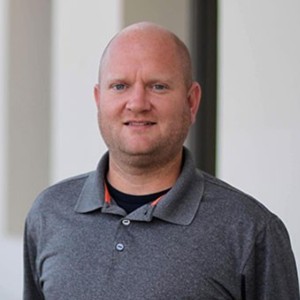 Chris Conner is Astro Pak’s Technical Sales Manager for the Great Lakes region. In his 13 years with the company, this Butler University graduate has also served as a Project Leader as well as in the Professional Services Group. Additionally, he is on the teaching staff for our Project Leader Training Program. The broad, multifaceted experience acquired from having served in sales, operational and training capacities makes Mr. Conner an invaluable resource to our clientele as he partners with them to develop custom-tailored chemical cleaning and metal finishing solutions to address their specific needs.