Astro Pak’s president Ken Carroll announced the appointment of Robert Pozil to lead the company’s new Business Development Department. The move, which is part of the company’s structural reorganization, was announced on December 4, 2019. Mr. Pozil had been previously serving as the company’s Senior Vice President where he oversaw its Cleanroom Division as well as both the Marketing and the Research and Development departments.

The new department comprises Marketing and Business Development, the latter, “focusing on new customers, new projects, new industries, and new service offerings,” Mr. Carroll said in his announcement. He also commended Mr. Pozil saying, “Robert Pozil is the most gifted executive when it comes to business development. He will help us envision what this new department will look like.” Astro Pak’s reorganization is intended to “help align the organization with our goals for the future” with the Business Development mission to support the company’s Field Services and Cleanroom Services business units. 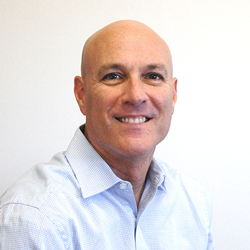 When asked about the new organizational structure, Pozil said, “Astro Pak has realized some amazing growth over the years. At the same time, we have set lofty stretch goals for revenue increases that are incremental to our current growth trajectory. This new department will help propel Astro Pak to reach our revenue target.”

Mr. Pozil cites the company’s culture as its key to success. Astro Pak focuses on excellence for the client as well as a commitment to care for its team members and the local community.

Amongst the many highlights that Mr. Pozil was honored to be a part of, he is particularly proud of Astro Pak’s ongoing partnership with Jet Propulsion Laboratory (JPL) in Pasadena, CA which has seen the company assist in preparing for current and future Mars missions. In particular, he said, “it is a privilege to support JPL and the Mars 2020 Rover program which includes not only meeting stringent cleanliness requirements but also additional cleanliness efforts to ensure planetary protection by preventing microbial contamination travelling from Earth to Mars.”