Typically, welds are the best way to join two or more pieces of metals to ensure a strong joint that is durable, low maintenance, and preserves system cleanliness. However, not all welds are created equal and welding stainless steel brings with it considerations that need to be kept in mind.

What Type of Weld?

The majority of welding practices can be defined as fusing two metallic components together through heat. Other welding methods exist that do not use high temperature, such as impact or compression, but to join metal for use in a high purity system, heating is involved. This is not like soldering, where a soft metal is heated to the melting point and used to glue two parts together. Instead, welding involves heating the ends or surface of the metal parts to be joined to the point that they become a thick liquid that merges together. In addition, most melt-based practices include a metal filler rod or wire which is also melted and used as a filler in the joint area. Orbital welding, which we’ll cover later in this article, is a notable exception to welding using filler rods or wires.

Though different welding techniques employ similar technology, they vary greatly in quality and precision. In fact, certain types of welding techniques are completely unsuitable for high-purity service because of the unwanted products they leave upon the joined component surface, such as slag. The most common form of welding does not meet purity requirements. Shielded Metal Arc Welding (SMAW), more commonly called “stick welding” is seen at construction sites, used in auto repair, ship building and elsewhere. In SMAW the consumable rod is coated with a flux which vaporizes as the rod is melted. The gas formed shields the weld while also creating slag – both of which are intended to protect the weld area from atmospheric contamination. 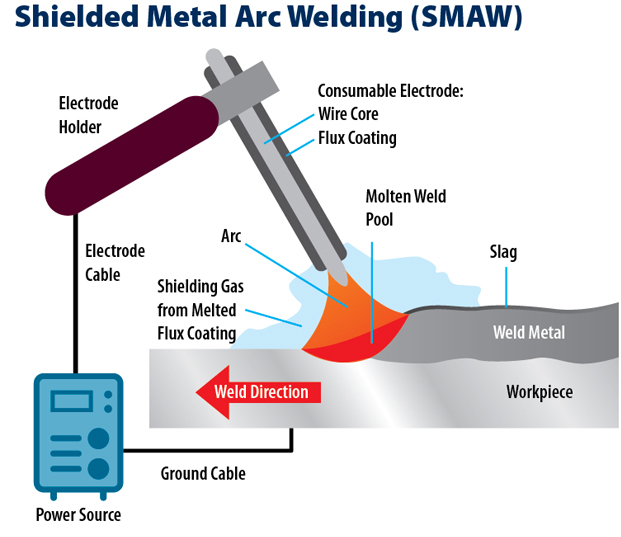 As its name implies,  TIG use an inert gas to shield the well pool from absorbing oxygen and nitrogen from the atmosphere. Argon is most commonly used, but helium can also utilized. In some applications, a combination of the two noble gasses are used when welding stainless steel.  A powerful electric current is passed through a tungsten welding tip which does not melt. Instead, a metal filler rod is used. In the case of stainless steel welding, the rod is typically of a higher alloy with more chromium and nickel than the metal being welded. This is intended to ensure that the weld itself will not become a source of contamination or failure.

TIG welding, though a more intrinsically difficult practice, allows for more control over variables, including heat, travel speed and metal feed. It requires less heat than the MIG process, meaning the resultant Heat Affected Zone (HAZ) is smaller. There are two methods of TIG welding, conventional and orbital fusion welding. The former is the manual method most people are familiar with when one refers to “welding”. Orbital fusion welding is an automated process for welding sanitary tubing where the tungsten electrode is mounted beside the joint location and travels circumferentially around the two ends of tubing, joining them at constant speed. This process does not need the use of a filler rod.

As stated previously on our blog, stainless steel owes its chemical resistance to the passive layer of chromium oxide that forms on the surface. Corrosion resistance is enhanced whenever the ratio of chromium atoms to iron atoms at the surface is greater than one. The ideal ratio of chromium-to-iron is 2-to-1. However, when stainless is melted and re-solidified during the welding process, the surface composition changes and the ratio may be much less. This makes it susceptible to corrosion as it cannot form a strong passive layer. Further, the heat-affected zone (HAZ) around the weld bead is also damaged with the level of chromium likely reduced. This immediate area around a weld must be treated so that it is as pure as well as the surrounding, unaffected stainless steel.

In most cases, the physical weld bead – the line of raised metal – must first be removed to create a smooth surface. Mechanical sanding of the weld bead is often not allowed. This is especially true of orbital welds as well as code welding or high-pressure applications. Orbital welding tends to produce smaller weld beads due to it being performed by an automated process rather than manually.

The heat-tinted areas will need to be treated as well. In some cases, the metal will need to be pickled. This involves removing a thin layer off the metal surface using a combination of acids. Whole components can be pickled in a bath or, if only the weld requires pickling, a gel process can spot-treat areas of concern. . However, depending on the amount of damage, this discoloration may be removed during the electropolishing process.

Lastly, the area will need to be passivated. The higher alloy level of the filler rod does not ensure that the weld is more corrosion resistant. Even though it might have a higher chromium concentration, the surrounding heat-damaged metal needs to have surface iron removed. A do-it-yourself passivating gel is at best a temporary solution. Operators will still need to verify the passivation efficacy, confirming that the weld meets the industry standards required of the entire surface. Only once the weld area has been professionally cleaned and passivated – and with the proper documentation – can it be said that it meets the high purity requirements and that the job has been successfully completed. 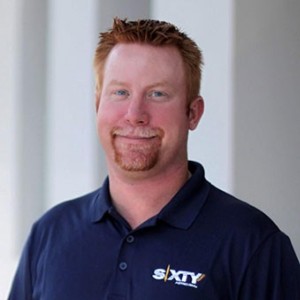 Jordan Schaecher is currently the Regional Technical Sales Manager for Astro Pak. He serves as the primary contact for all services needed within the Midwest territory. With over 15 years of experience in construction management, Jordan serves as a key advisor and resource for our customers as they tackle any high purity chemical cleaning and metal finishing projects within the Midwest. Jordan is a board member for the International Ozone Association as well as the International Society of Pharmaceutical Engineers. He holds a B.A. in Construction Science and Engineering from Kansas State University.

Next in our series of commentaries on cleaning and passivation standards is ASTM A967/A967M – Standard Specification for Chemical Passivation Treatments for Stainless Steel Parts.

Typically, welds are the best way to join two or more pieces of metals to ensure a strong joint that is durable, low maintenance, and

Continue Reading »
Jordan Schaecher July 13, 2022
PrevPrevious PostHigh Purity Water Systems – What They Are, and How They’re Cleaned
Next PostASTM A967 – Standards for Chemical Passivation Treatments for Stainless Steel PartsNext
This website uses cookies to improve your experience. We'll assume you're ok with this, but you can opt-out if you wish. Cookie settingsACCEPT
Privacy & Cookies Policy