Astro Pak announced that Keith Marlin has been promoted to the role of Vice President of Field Services for its Eastern Operations. Mr. Marlin has been with the chemical cleaning company since June of 2012, and this year marks his 27th year in the cleaning services industry. Mr. Marlin began as an Engineering Manager for the company before rising to Regional Manager of Eastern Operations just 18 months later. 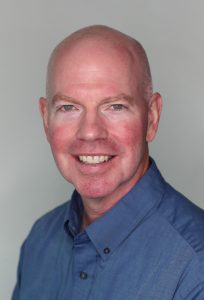 Throughout his decades-long career, Mr. Marlin has seen the full spectrum of business operations, including how companies treat their people. For him, it was clear from the very start that Astro Pak was far different than many others. When then Astro Pak president Ken Verheyen contacted him about joining the company, Mr. Marlin recalled, “after just two minutes, I knew this was the guy I wanted to work for.” He says of his time with Astro Pak, “it doesn’t feel like a job. It feels like home. It’s an extended family.”

Mr. Marlin’s responsibilities cover a wide range including safety initiatives, performance, service delivery, sales strategies and forecasting as well as budgeting, maintenance and personnel and equipment resourcing. As part of that, he likes to, “put on my safety equipment and hard hat and get out into the field with the team members. The technicians tell me that they appreciate someone from Leadership coming out and seeing how things are, and I make a point of listening to their concerns.” One of the aspects Mr. Marlin is most proud of is the spotless safety record for the past three years. “This takes a lot of effort on the part of everyone involved to make it happen.” He credits the commitment of Astro Pak team members and the company’s dedication to its training department.

In his new role, Mr. Marlin will continue to coordinate with his west coast counterpart, Tom Tate as well as with Jeff Wassenaar who was recently promoted to Vice President of Field Services – Sales. He looks forward to another decade or more with the company helping lead its continued growth and success.