Astro Pak has promoted Jonathan Hopkins to the newly created position of Vice President of Operations – Cleanroom Services. Mr. Hopkins had most recently served as General Manager for the company’s Florida cleanroom, located in Titusville near Kennedy Space Center. He reports to Todd Dean, Astro Pak’s Chief Operating Officer who stated, “I have worked closely with Jonathan over the past four years. He is an expert in precision cleaning, customer-centric, financially astute and a proven developer and leader of teams. I am confident that under his leadership, Astro Pak’s cleanrooms will continue to build on their legacy of being an industry leader in precision cleaning.” 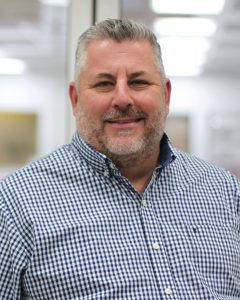 Mr. Hopkins joined Astro Pak as the GM for the Florida cleanroom, leading the build-out of the then-new facility as well as its staffing. Under his leadership, the cleanroom’s revenue grew sixfold in a matter of five years. During his tenure the cleanroom provided on-vehicle system cleaning for Boeing’s Starliner capsule, performed all of the precision cleaning for United Launch Alliance’s refurbishment of Launch Center 41 as well as provided the precision cleaning and support of biological sampling for the Mars Perseverance Rover.

As VP of Operations – Cleanroom Services, Mr. Hopkins now oversees the operations of the company’s two cleanroom facilities, the Florida location as well as its counterpart in California.

Concurrent to Mr. Hopkins’ promotion, Josh Hallman is moving from his current role of overseeing the sales for the California cleanroom. He will be moving to the newly-created position of Director of Operations – California Cleanroom where he will oversee that facility’s production, planning and engineering, customer service and other activities. Additionally, Don Webb steps up to become Operations Manager for the Florida cleanroom.