One of the hallmarks of Astro Pak is the long-term partnerships it forges with its clients. That is reflected by the long-term relationships many of its team members have with the company itself. Jeff Wassenaar is a good example of how Astro Pak’s commitment to its team members results in much of its leadership coming up from within. 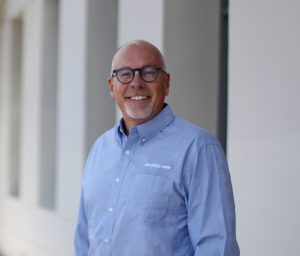 Since joining Astro Pak in December of 2008, Jeff has served as Technical Sales Manager, Regional Sales Manager and Director of National Sales before assuming his current role as Vice President of Field Services – Sales. Much of his career with the company has been in the Great Lakes and Midwest territories. There he hit the ground running, first filling in for a co-worker on leave, followed by some hands-on training in the field learning the practical aspects of the day-to-day operations of Astro Pak’s service technicians. It was only a matter of a few weeks before he was called back to the office to fill an urgent need to create estimates and put out proposals in response to clients’ requests for bids. By the time his co-worker returned from leave, Jeff was wearing two hats, covering operations and estimating. He credits his success through that whirlwind first few months to his fellow team members, “I am super thankful to have had such a great team that came together and helped me to succeed!” He also credits that time for giving him a unique experience that has helped him during his career at Astro Pak, saying, “I can lead the team and can understand the challenges they face because I actually did that same work myself!”

Jeff joined Astro Pak after previously running his own business. With management’s support he and his team were able to run the Great Lakes regional office much as its own business entity. “We owned it and were in the trenches together,” he recalls noting that he is especially proud of the Great Lakes and Midwest regions’ continued success and growth as well as the individual successes of his former team members there.

Among the many jobs he has worked on, the Sanford Underground Research Facility stands out. Located deep underground in a former mine in South Dakota, getting to the job site in a mine elevator was an adventure itself. Additionally, he takes pride in knowing that many of the projects that Astro Pak supports enable the company’s clients to produce products that literally save lives.