Food Production System and Equipment Cleanliness in the Age of FSMA

Since just before the turn of this century, the vast majority of the food and beverage industry has come under increased scrutiny designed to ensure the safety of the food stream from farm or factory to the consumer’s table. The contributing factors have included outbreaks of foodborne illnesses, concerns about bioterrorism and the desire to close loopholes, among others. In many cases, these regulations have brought food safety protocols in line with those governing the pharmaceutical industry in terms of requiring implementation – and documentation – of Good Manufacturing Practices (cGMP).

Perhaps the most far reaching of the various pieces of food-safety legislation has been the Food Safety Modernization Act (FSMA) that was enacted in 2011. This has been considered the first major piece of Federal legislation addressing food safety since the Federal Food, Drug and Cosmetic Act of 1938 which the FSMA amended. Considering the large strides in science – particularly in the fields of microbiology and food safety made since the early 20th century – some would say that this update was long overdue. At the heart of this sweeping legislation is the goal of achieving maximum cleanliness of food and its ingredients throughout the food supply chain to ensure public confidence in its safety. 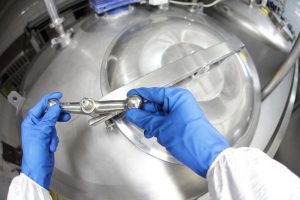 The key tool to ensuring that food does not become contaminated anywhere along its supply chain is Hazard Analysis and Risk-Based Preventative Controls (HARPC), also known as the “Preventative Controls Rule”. HARPC requires virtually every food manufacturer, processor, transporter and storage facility to:

In addition to adulteration by foreign material, unlisted ingredients or even farm residue, a critical concern should be that the machinery surfaces used to process the food does not inadvertently introduce contamination.

Manufacturing systems, components and equipment are absolutely essential to modern food production. Even “simple” foods such as milk, whole grains, nuts, fruits and vegetables are usually at least minimally processed, including packaging. Each step of the process of preparing the food items for final sale requires food-grade cleanliness. The level of cleanliness necessary for each step depends upon its position in the process flow and the risk posed to the final product. While visual surface cleanliness may be sufficient at the very front end of the process, it is often not adequate towards the end of the cycle. Ongoing bacterial testing or surface residue quantification testing may be required to ensure a quality production environment.

In some cases, the cleaning process can introduce its own risks. Alkaline cleansers are generally effective for removal of residual food or organic residues. Cleaners that are both effective as good cleaning solutions while also being good sanitizers often contain chlorine bleach or chlorides. These cleansers are economical and efficient and therefore are widely used. However, the corrosivity of chlorine or chlorides is enhanced when coupled with heat being applied during or after its use, leading to a corrosive impact on stainless steel.

Stainless steel is used in food handling because it does not react with the materials in contact with its surface. This is because it has a “passive” layer that is three or four molecular layers thick that is chemically inert. Repeated or prolonged exposure to corrosives can penetrate this layer and expose the chemically reactive metal below. An indicator that the passive layer of the steel has been compromised is the formation of “rouge”, a red, brown or even black accumulation of iron oxides upon the surface of the steel. This comes from the free iron in the steel oxidizing (rusting) in a chemical reaction with the air or the material passing over it. It’s at this point that steps must be taken to clean, derouge and sanitize the metal to avoid further damage as the exposed area can not only contaminate the food being processed, but the corrosion can lead to pitting of the surface which can then allow biological contaminants to gain a foothold, including bacteria and biofilm.

Even microscopic roughness is sufficient to allow bacteria to attach to a surface. This can be in the form of iron oxide crystals, or pits in the metal surface that remain even after the rouge has been removed. When bacteria adhere to a stainless steel surface in the presence of water, such as in a water purification system, they excrete an exopolymer slime layer called a biofilm. This slime layer serves to protect the quickly growing colony from environmental changes such as temperature and chemistry. These colonies can form in piping, filters, storage tanks and any other surface and are likely to occur during periods of shutdowns or of low water flow. As time passes, the colony becomes increasingly difficult to eradicate as the biofilm’s thickness increases and the genetic profile of the bacteria diversifies. And, because different species of bacteria exchange genetic material, the colony can even become increasingly resistant to various chemical purification treatments. Even flushing the system with 80°C water is not effective in flushing out well-established, mature biofilm masses.

While early detection can largely head off the worst situation, most monitoring methods rely on samples from the water flow and therefore largely detect only the free-floating material as opposed to the colony which is affixed to the surface. Additionally, while chemical analysis can usually generate results in a timely manner to rapidly address a problem, current microbial assessments take a few days to reveal a bioburden meaning that several production batches may have already been contaminated and possibly even shipped out.

For continued, safe operations of stainless-steel equipment, surface cleaning is vital, but it is not sufficient. A full sterilization treatment is the next step to ensure risk reduction. This can be done with peroxide blends or ozone, in addition to select, non-chlorinated sterilants. If there has been physical damage to the surface – either through corrosion or impact – it must be remediated mechanically or chemically depending on the type, location and extent of the damage.

Additionally, the passive layer must be maintained and restored on a regular basis. This should take place after the system has been repaired or modified to ensure that the entire system is protected against chemical reaction. This process, known as “passivation” is a carefully controlled chemical treatment of the interior surfaces. The type of chemistry and length of the treatment are carefully designed to ensure optimal results without risk of damage to the metal. 316L/304L Stainless steel is an alloy of chromium, nickel, molybdenum and iron. The passivation process chemically removes the iron, leaving a chromium-rich layer of metal. Left on its own, the chromium will naturally bind with oxygen in the surrounding air to form a non-reactive chromium oxide film that protects the underlying metal. However, the passivation process enhances the chromium content of this film to several times that which would occur naturally.

There are several passivation processes which are covered under FDA guidance, and comply with cGMP standards and can be documented as part of the HARPC process. Ultimately, creating a regular regimen of cleaning, sterilizing and passivation of stainless-steel systems, components and equipment surfaces not only enables compliance with FSMA, but minimizes the chances of production downtime or product recall. 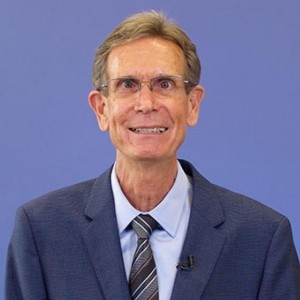