Stainless steel’s utility is, as its name implies, largely due to its ability to remain corrosion-free where other materials would react to the substances they come in contact with. However, even with this well-known resistance, rust can still form on stainless steel surfaces. Known as “rouge” it rests on the surface of the stainless steel, if left alone this buildup can cause destruction of the structure’s protective passive layer, as well as contaminating any contents. Merely flushing the vessel or piping is not usually enough to eliminate the rouge. But, as long as the rouge has not affected the underlying metal, electrolytic cleaning is sufficient to remove it from the accessible and exterior surfaces quickly and efficiently.

Rouge is a general term used for a variety of discolorations on metal product contact systems. It is not corrosion in and of itself, but evidence of it occurring. It gets its name from the French word for “red”. Despite that, it can range in color from orange through red, to brown and black or even blue-black. Regardless of the color, it is iron oxide, hydroxide or carbonate and is formed by the introduction of free iron into the system. The presence of carbon steel components “upstream”, improper welds, chlorine chemicals and corrosive materials, or ironically, mechanical cleaning may all become a source of contamination. There are three classes of rouging, each with its own typical cause and increasing layers of severity:

– Caused by sources external to the stainless steel components. Iron deposits left behind from a wire wheel is one source. Erosion or cavitation of a pump is another source of mechanical contamination. In some systems, the water used can be the source of the iron as to form a reddish-brown deposit on the surface. In Class I rouge, the passive Chromium Oxide (Cr2O3) layer is largely unaffected.

– More severe as it is caused by chlorine interacting with the structure’s surface. Use of chlorine can degrade the protective passive layer, causing the iron in the alloy’s surface to oxidize, leading to further corrosion of the structure itself if left untreated.

– Found in high-temperature steam systems where water is routinely hotter than 65°C, the passive layer is also damaged by its formation. It tends to appear as dark brown, black or blue-black.

Also known as “Electrocleaning” or “Electrochemical Cleaning”, Electrolytic Cleaning removes metallic contaminants such as rouge along with some of the non-metallic debris without effecting the surface of the stainless steel itself. It could be considered as an intermediate step below Electropolishing, offering a faster, and sometimes more effective method to eliminate rouge. In fact, Electrolytic Cleaning uses the same equipment, chemistry and power levels found in the electropolishing process, but with the tools moving over the surface at a faster rate.

This is possible because the metallic contaminants are not chemically bonded to the base metal. As a result, the corrosion is able to be removed in a much shorter time, leaving the surface rouge-free and ready to return to production. If physical damage is detected, then the equipment and chemistry is already in place for a more rigorous electropolishing and/or passivation treatment, provided the damage isn’t too severe that it requires mechanical polishing or weldment.

Ultimately, the process works by making an electrical circuit that includes the surface to be cleaned. A mildly acidic cleaning solution containing electrolytes (hence the name of the process) is also used. As current is run between the metal and the cleaning tool, oxygen gas is liberated from the solution, forming bubbles on the surface below the contaminants. The bubbles lift corrosion away from the surface without damaging it allowing the debris to be easily flushed away.

Going beyond the discoloration caused by rouge, Electrolytic Cleaning can also be employed for removing heat discoloration from stainless steel surfaces. Weld color or heat tint frequently occurs due to repairs to the vessel, but it also appears during the fabrication of the structure itself. In either case, the discoloration is generally limited to only the outer surface of the metal. As a result, removal of heat tint and weld color does not require the deep electropolishing process.

The Limits of Electrolytic Cleaning

The trade-off for the speed of Electrolytic cleaning is that it can’t do all the things that Electropolishing does. If the rouge has remained untreated for too long and corrosion has gotten within the surface of the metal itself, then it will require Electropolishing at the minimum to remove it. Additionally, Electropolishing will – as its name implies – polish the metal, reducing its Roughness Average (RA). Electropolishing will also restore the passive layer of the treated metal. Lastly, as noted at the beginning of this article, Electrolytic Cleaning will only remove rouge from the accessible, exterior surfaces. Rouge residing within small-diameter piping and tubing will require gel passivation to treat effectively. Likewise, for areas that have been newly welded or repaired, gel passivation will be needed to properly passivate the metal before it can be put into service.

Electrolytic cleaning is a useful process to have available to quickly and effectively eliminate discoloration from the surface of stainless steel. By removing contamination and corrosion without affecting the structure itself, the serviced item can be returned to production without a lot of down time and in a cost-effective. 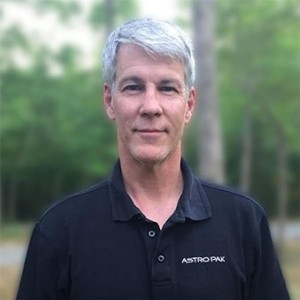