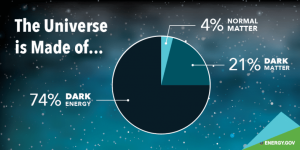 Astro Pak is applying its internationally-renowned precision cleaning and surface treatment skills to the search for the mysterious dark matter. Although it has not been directly seen, dark matter is thought to account for up to 85% of the mass in the observable universe. Astrophysicists theorize its existence due to its gravitational effects – effects which can be observed and measured.

The LUX-ZEPLIN (LZ) Experiment will be built a mile underground in Lead, South Dakota. Its key component will be a titanium vessel filled with xenon gas. The operating principle is that a dark matter particle known as a WIMP will possibly pass through the earth’s surface and interact with the xenon, producing a flash of light (scintillation) to occur. This flash “can be seen, measured and counted,” according to Dr. Brent Ekstrand, Astro Pak’s Vice President of Science & Technology. He continues, “In this way, we could get new information about the number of dark matter particles that travel through our universe and pass through normal matter on a constant basis.”

Astro Pak’s role will be to etch the top 5 to 50 microns of material from the interior surface of the vessel which is made of ultra-pure titanium that has a very low background radiation, minimizing any “false alarms”. This etching will remove any trapped radon gas, which is found in trace amounts as part of the earth’s atmosphere. Astro Pak will then clean the surface to eliminate the possibility of contaminating the xenon.

“If the LZ Experiment is successful,” says Dr. Ekstrand, “the Dark Matter Project could open a new window into our understanding of the basic building blocks and early history of our universe.” Scientists would have a better understanding of the brief moments after the Big Bang when matter condensed and the universe expanded. Dr. Ekstrand continues saying, “It is a look into the very fabric of reality and the nature of matter – a chance to measure something that cannot be seen or interacted with from our world comprised of visible matter.”