Stainless steel is used in many aerospace applications because it is able to maintain its structural integrity over a wide temperature range while remaining chemically inert (passive), resisting corrosion and high-temperature oxidation. There are a number of different grades of stainless steel. They are all primarily alloys of iron, chromium and nickel in different combinations designed to meet specific properties ideal for the given application. Austenitic stainless steel grades 304 and 307 are preferred for mild environments with low levels of chloride, salt spray or sea water. It is commonly used in fittings, flanges and piping as well as cabin interiors and internal tanks). Grades 316 and 3164L are even more oxidation resistant and perform well up to temperatures of 870° C (1600° F). For temperatures up to 1150°C (2102°F), grades S30415, S30815, 309 and 310 are preferred.

As an alloy, the composition of stainless steel is largely homogenous with chromium, nickel and iron atoms (in addition to any other alloyed metals) spread across its surface as well as deeper within the metal. As is well known, any iron exposed to the atmosphere will oxidize as well, in what is commonly known as “rust.” Unlike chromium oxide, iron oxide will continue to be chemically reactive. In addition to mixing with any fluids it winds up in contact with (thereby contaminating the fluid), the oxidation will continue to spread deeper into the metal, eventually compromising the structure.

When it is produced, stainless steel is given a chemical treatment to remove the free iron on the surface. However, stainless steel can be compromised during the manufacturing process turning it from a simple sheet to a finished piece of equipment. This can happen during the tooling process as iron is transferred from the machinery or tooling into the steel’s surface.

The chemical treatment removing the free iron from the surface of stainless steel is called passivation. The chemical used is most commonly nitric acid (HNO3), a highly corrosive mineral acid. This acid was specifically called for in SAE AMS-QQ-P-35 which was the standard used throughout the aerospace industry into 2005. However, as early as the turn of this century, there was increased interest in a viable alternative using citric acid (C6H8O7), a weak organic acid that occurs naturally in citrus fruits. At the time, the new ASTM A967 specification had recently been issued which also allowed the use of citric acid.  In his role as Associate Technical Fellow in the Materials and Processing Department at Boeing, Stephen P. Gaydos conducted initial research investigating the replacement of hazardous metal finishing operations with environmentally safe alternatives. His research led to the publication of a white paper which earned the Garland Award at the 2002 Aerospace/Airline Plating & Metal Finishing Forum.

Putting the Solutions to the Test

In his paper outlining his research, Mr. Gaydos described the steps taken to compare the two treatments. Several dozen material samples were prepared for the tests. Consisting of sets of samples of 303, A286, 15-5PH, PH13-8 Mo, 17-7PH, 304, 321, 420, 430 and 440C stainless steel. Each specimen was “unpassivated” to make it susceptible to corrosion. While all the 420 and 440C would fail the two-hour ASTM B 117 salt spray test without any treatment, the other samples required a mechanical process that would render them subject to corrosion. The contamination method utilized was to blast the samples with two passes of steel grit. After the blasting, all samples failed the salt spray test.

For his procedure, Mr. Gaydos tested both nitric and citric acid passivation under ASTM A967 guidelines. This standard allowed for variations in heat, duration and concentration of the acids. The nitric acid was tested at two different concentrations, two temperatures and for two durations. Similarly, the citric acid was tested at pairs of concentrations, temperatures and durations. Three additional passivation solutions following the AMS-QQ-P-35 standard were tested at the same time. One other aspect that was tested was the etch rate at which the acids would attack the metal itself.

In the intervening 17 years since the first tests, more research has been conducted. A 2016 examination of citric acid passivation conducted by NASA found that it performed “as well as or better than control process for all (9) alloys”. The report noted that the then joint Boeing-Lockheed United Space Alliance – the spaceflight operations prime contractor for the majority of American governmental space operations – utilized citric acid passivation.

In addition to the improved corrosion resistance resulting from the Ultra Pass® treatment, there are environmental factors that further encourage its use. One primary advantage is the reduced aggressiveness of the citric acid. Not only is it less likely to damage the metal being treated, it offers reduced risk for the personnel administering the treatment. Its lack of toxic fumes also reduces the need for containment and evacuation of the area surrounding the systems being treated. As a result, it can be employed in a greater variety of situations and locations with a much faster clean up time. And, instead of requiring hazmat protocols, the chemistry can be safely washed down the drain.

On the financial side, citric acid is a bio-based material that helps governmental agencies reach the procurement requirements of the Farm Security and Rural Investment Act of 2002. Additionally, its natural origin and greater chemical efficiency reduces material costs – even without considering the extra costs inherent in handling nitric acid. The citric acid processing baths retain their potency for longer periods during treatment and as a result the solution does not have to be replaced or refilled nearly as often, further reducing the amount of material to be disposed of.

The Other, Better Standard

While nitric acid is still considered a default industry standard, it is not the only standard. As awareness increases, citric acid is frequently the cheaper, cleaner and more effective solution for most passivation requirements. 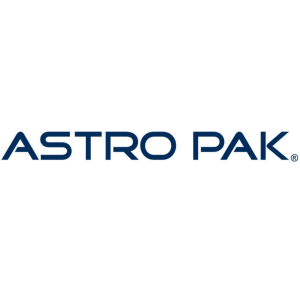