On October 30th, Astro Pak formalized the opening of its newest cleanroom and mobile field services hub facility in Florida with an Open House and Ribbon Cutting event. Located just outside the Kennedy Space Center at 8855 Grissom Parkway in Titusville, the new facility marks the completion of the process that began when Astro Pak acquired Chemko Technical Services in 2016. The Titusville cleanroom is a reaffirmation of Astro Pak’s roots over 59 years ago. The company began at the start of the space race, “providing precision cleaning for the first missions” according to Robert Pozil, Senior Vice President of Astro Pak, who emceed the event. He went on to note that Astro Pak field crews were currently working on the Mobile Launch Platform just a few miles away, inside the Space Center. 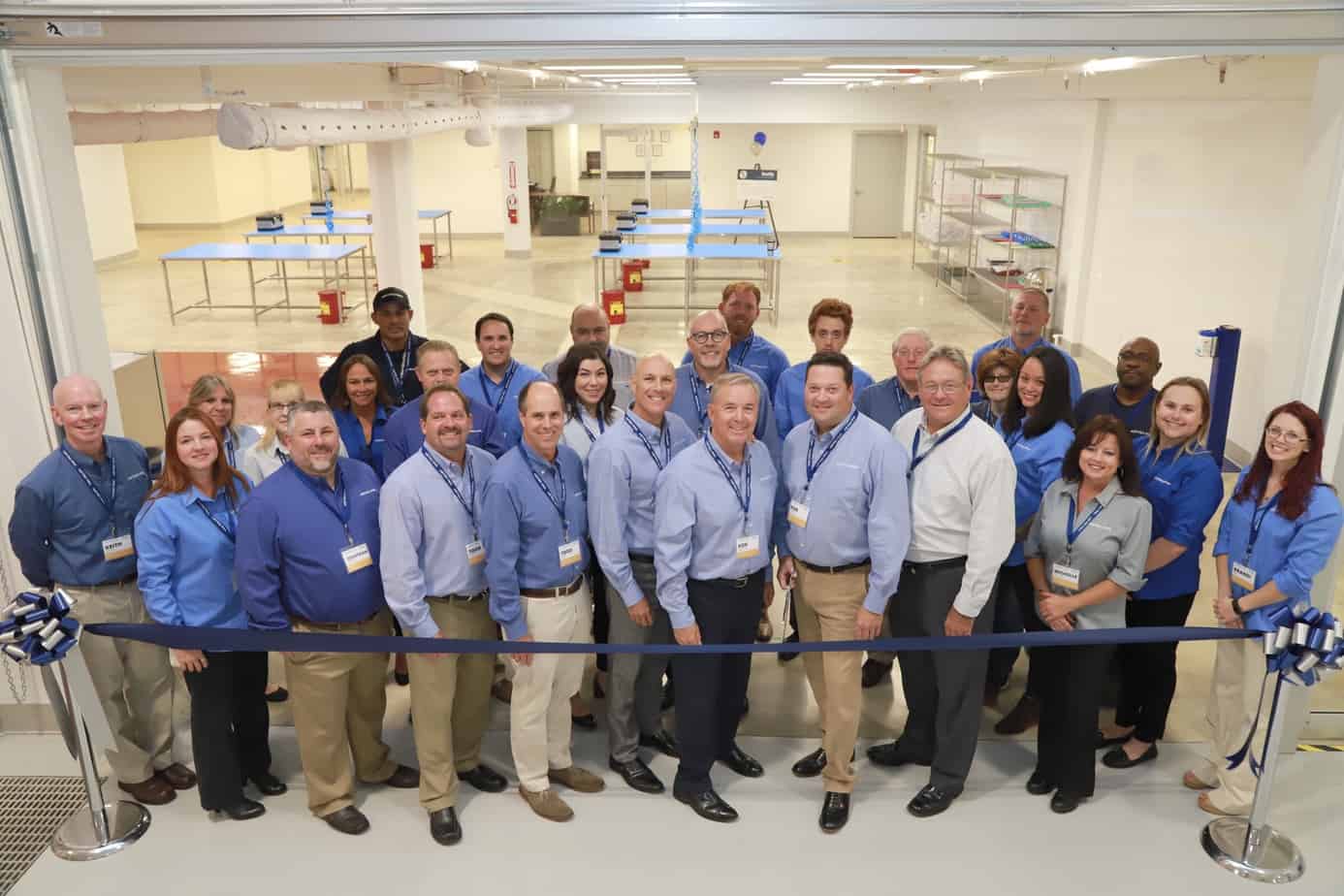 Approximately 250 attendees listened to comments from Mr. Pozil as well as Ken Carroll, the company’s president and Ken Verheyen, its CEO and owner. Mr. Verheyen noted that Astro Pak had previously been located 11 miles down Grissom Parkway in the early 1960s, so the new location represents a return to Titusville. The audience also heard from the Honorable Walt Johnson, Mayor of Titusville. The keynote address was delivered by Dr. Story Musgrave, a veteran astronaut who retired in 1997 after 30 years with NASA. In addition to his long career, he is also noted as the only astronaut to have flown on all five Space Shuttles and for performing numerous spacewalks. Dr. Musgrave spoke of the “need to have vision and leadership in order to accomplish goals”. He noted how this applied to both the current diverse commercial and government space programs as well as Astro Pak’s vision wherein its multiple divisions share the same goal of breaking ground in providing world-class solutions and service for its customers.

Among the event’s attendees, were Dana Kilborne, Chair of the Board of the Economic Development Commission of Florida’s Space Coast, and Frank DiBello, President/CEO of Space Florida. Both entities are dedicated to supporting and promoting business development in and around the Kennedy Space Center. Matthew Zuk, Chairman of the Cape Canaveral Section of the American Institute of Aeronautics and Astronautics was also present as his organization, the Economic Development Commission, and the Titusville Area Chamber of Commerce provided support for the event. Numerous other local and regional dignitaries were honored guests on stage or in the audience as well. 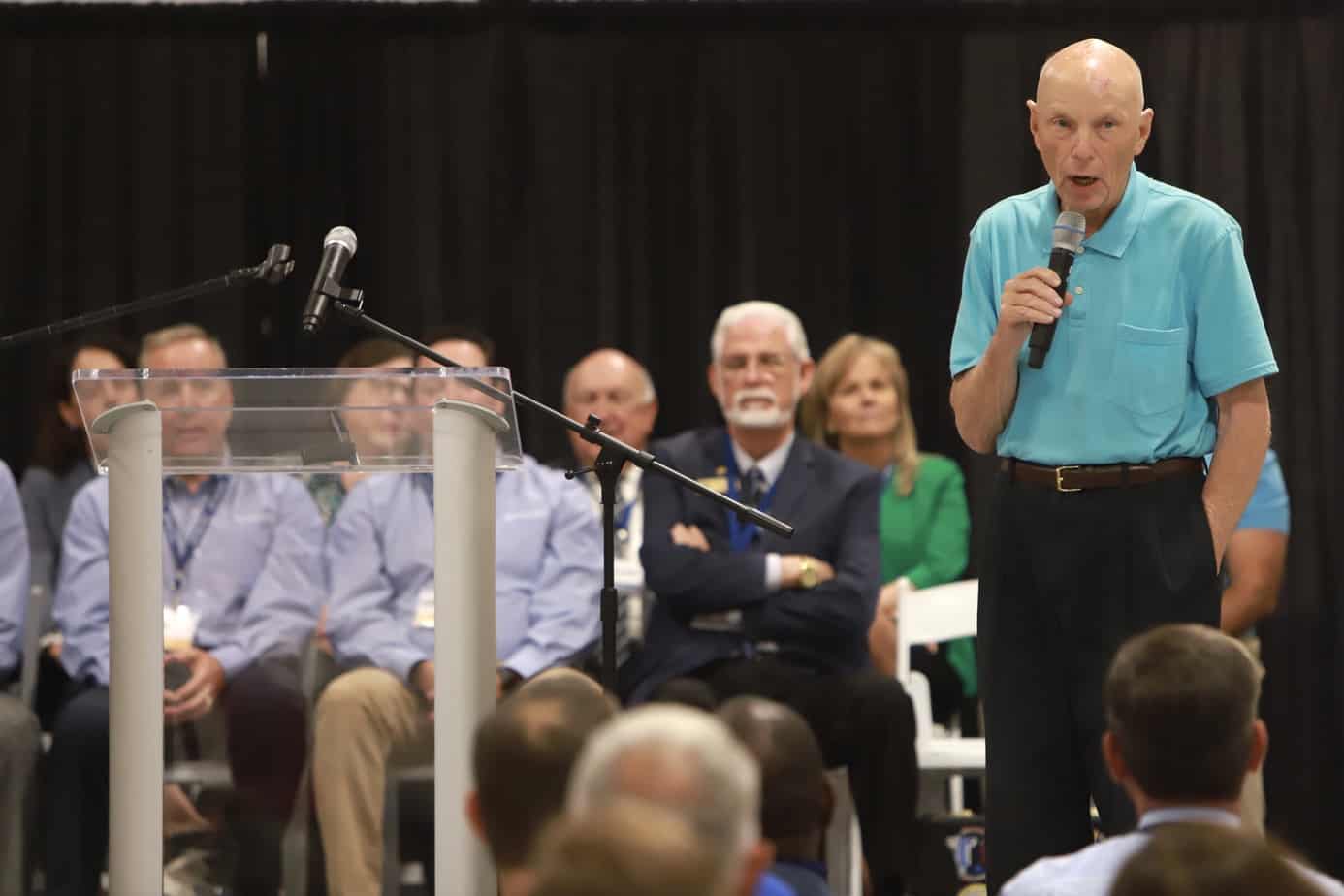 The event was well received, especially Dr. Story’s keynote. Additionally, the guests were also impressed with Astro Pak’s new facility and the introductions by the company’s leadership. “The facility is really an accomplishment” and “Amazing technology. Eye-opening on what all is involved in the industry” were just two of the comments left by guests.

The Grissom Parkway facility is just one of Astro Pak’s nine facilities located throughout the country, including Puerto Rico. It joins the company’s 35,000 square foot legacy cleanroom facility in Downey, California. It covers 38,000 square feet and is dedicated to providing industry-leading precision cleaning and passivation services with its 15’x15’ enclosed tower (70’ vertical) which enables the processing of hoses up to 60’ in length, an ISO 7 cleanroom, ISO 6 lab, and shop area with a 4K bridge crane and large aqueous processing tanks. Whether in the field or in-house, Astro Pak’s highly-trained technicians are able to meet numerous cleaning specifications required of the aerospace, biopharmaceutical, food and beverage, personal care products and other industries.

Astro Pak is pleased to announce that Bradley Hostetler has recently joined the company as its metallurgist. In announcing his joining of Astro Pak, Mr.

To better serve its customers, Astro Pak opened a new state of the art 13,392 square foot facility in Fort Worth, Texas. Split off from its large